Direct link to this product: https://www.squashsource.com/tecnifibre-carboflex-airshaft-125-ns/#70558

they got the relatively newish technofiber logo on the frame overall it’s a gorgeous racket it hits great i personally prefer this racket of all the new air shaft models because i like the smaller grip i heard actually that marwan scherbagi who uses the 130 i don’t have it here with me his is customized to use the smaller grip and he that he uses it for his model it’s not what’s available in stores in stores is the normal size grip but i’m just pointing out that the small grip is awesome and i didn’t learn that from tecnofiber i heard it from another source but um but that’s what i heard anyway i love it this racket is my favorite of the three and the weight of it is 156.2 grams on my scale that’s all in it’s 125 gram racket advertised but on the scale 156 and 53 of the weight is in the head it’s just pleasantly um pleasantly a little head heavy and because of the smaller grip or at least the way i hold it i kind of allows me to hold the racket kind of flat which is my preferred method as opposed to this regular 125 because it’s bigger i tend to club it a little harder but that might work for you but but i this is my favorite thanksgivini for uh for coming up with that innovation or for for um helping uh get the word out about it at any rate here’s the top of the bumper it says carboflex 125 ns sort of through the bumper guard

And a video of me hitting with it:

Aaaand here’s a comparison of this vs. the 125 and 130 Airshaft models:

Here’s a promotional photo from Tecnifibre:

Here’s Nour with her new racket at the 2020 Tournament of Champions: 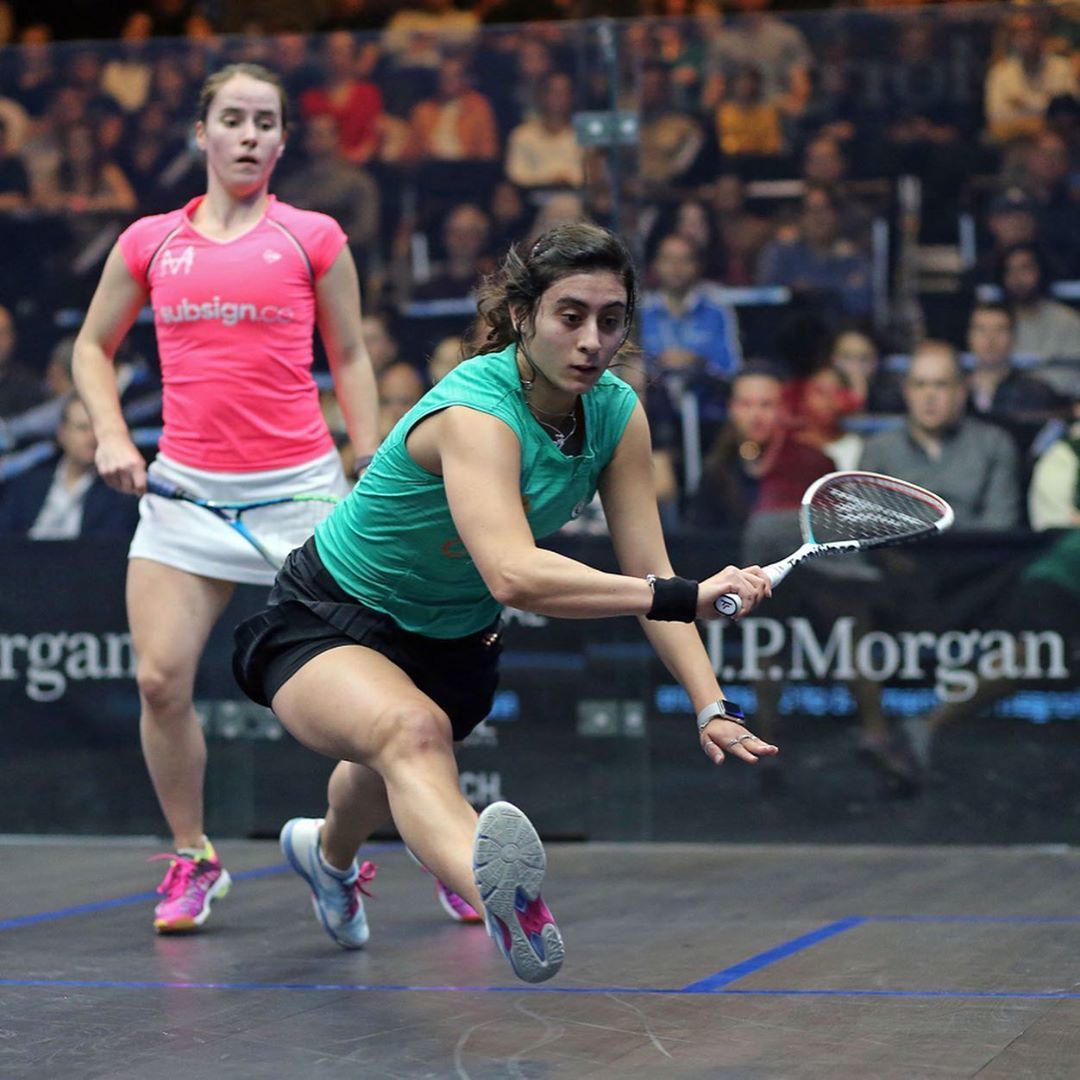 Paul from PDH Sports interviewed Nour at the Tournament of Champions:

Rowan Elaraby uses this racket too: So does Youssef Soliman: Lisa Aitken was using this racket at the 2021 World Champs: